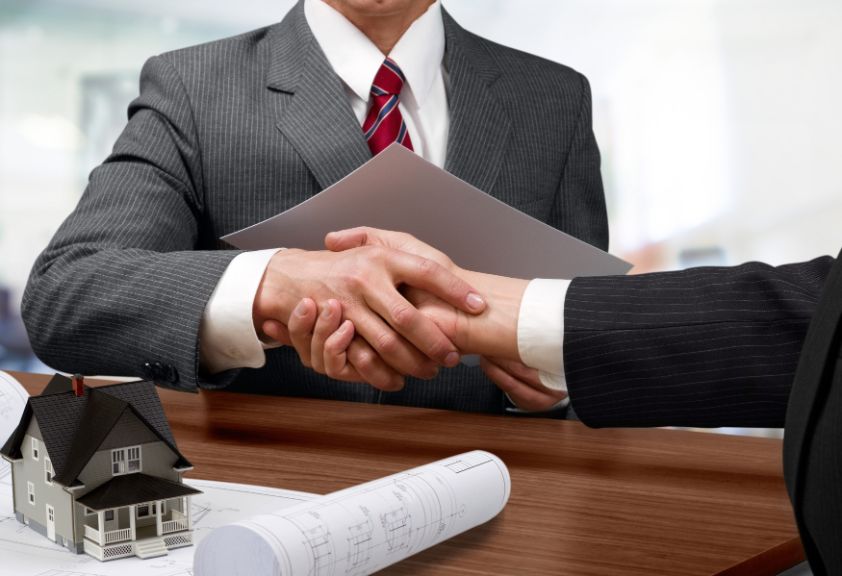 Number one, drop the old school enthusiasm, your prospects are immediately turned off by salespeople that are overly enthusiastic. And this is because, over the past 70 years, all of the old school sales guru trainers have taught salespeople to be really excited, enthusiastic and passionate about their offering. The problem though is that it comes off as truly very old school. And your prospects immediately want to end the interaction. So drop that enthusiasm. And you will see that you’ll close far more sales really quickly.

Number two, focus on them, your prospects cares about one person and that person is not you, it’s them. So change that interaction to focus rather than on ourselves on them. Most salespeople are going out and talking about how their company has been doing business for the past hundred years, or that they’re offering is the best offering out there or that they are the most experienced, whatever it is, the focus is typically on the salesperson, instead change the focus to the prospect. If you do that, you’re going to find that the prospect is far more likely to want to engage with you.

Number four, engage prospects with questions about challenges. Now, so many salespeople are asking questions in today’s world, everyone knows that we should be asking questions. But what’s interesting is that people are rarely asking good questions pertaining to challenges. Questions, like, tell me about the biggest challenge that you’re facing right now with regards to whatever it is that you deal with. If you ask questions about the prospect’s challenges, they’re going to be much more likely to actually open up because prospects what to solve those challenges. And so by engaging your prospects around their challenges, rather than the solutions you offer, you’re going to have much more effective conversations.

Number five, learn the cost of those challenges. Now, this is one of my biggest passions in sales, is really understanding the cost of your prospect’s challenges. If you can understand what particular challenges are costing a prospect, you are immediately creating value and value leads to more closed sales. So once you understand your prospect’s challenges, then it’s time to ask a question like what would you say these challenges are costing you or costing your organization? By getting that answer, you are immediately creating value for the solution that you provide. And you’ll close a lot more sales.

Number six, get a budget. This is one of the most controversial issues in sales. And I see a lot of the old school sales gurus who are out there right now saying, don’t ask for a budget, your prospect is never going to give you a budget. And I hear salespeople saying to me Oh, I tried asking for a budget once it didn’t work. Here’s the thing. People who are asking for budgets and not getting budgets are not doing it right. It’s that simple. I have over the course of my career ask for budgets, thousands of times. And I almost always get a budget. Of course, there are those few cases where you just don’t get a budget. But simply the process of asking for a budget is going to get the prospect to start to really think about what’s the value of a solution to these challenges. So again, we started by land, what are the challenges? And then what do those challenges cost? And now it’s about George, what could you see investing in order to solve these challenges? By asking questions pertaining to budget, you are going to get the prospect in most cases, to lead with what they’re actually willing to invest, this is going to allow you to close far more sales because you’re not going to just be hitting people over the head with a price. Instead, it’s what are they willing to actually invest?

Number eight, get a commitment before presenting one of the biggest mistakes that I see in sales is that salespeople are quick to give that presentation. But if your prospect is not committed to really solving the challenges that they have, then there’s no point in presenting a solution, right? It would be like a doctor who is dealing with a patient who may have a little bit of knee pain, but it’s not severe and saying, hey, well, we had this incredible procedure called arthroscopic surgery, it doesn’t make sense. You don’t need surgery if the knee is not hurting. So be sure that you get commitment not necessarily to work with you, but a commitment to solving the challenges that they’ve identified. Before you ever get into presenting your solution. By doing that, you’re going to close a lot more sales, because you’re going to be focused on only presenting to those people who have shown some commitment to dealing with those challenges.

Number nine, give three options. In any proposal. This is a simple, simple change that will make all the difference in selling. Most salespeople when they provide a proposal are providing only one option to that prospect. And it is ridiculous for us to assume that we know exactly what the prospect is going to want. Some prospects are going to just want the bare minimum, others are going to want the absolute premium option so provide prospects with three different options, every proposal ranging from, and you know, maybe a lower-end alternative, that’s still going to solve those challenges all the way up to the real premium option with all the bells and whistles. And what you’re going to find is, is going to do two things. One is that you’re going to sell a lot of those premium options that you otherwise might not have even shown a prospect in the first place, you’re going to actually sell those, you’re going to close those sales. But the other is that by providing three options in a proposal, you’re providing context, you’re providing optionality by which a prospect can make a decision. So they’re going to be a lot less likely to feel like they have to go out and shop for other alternatives out there. Because you’ve provided them with three different options, really powerful distinction that’s going to you closing more sales and closing bigger sales. Number 10.

Always establish a next meeting. During the current meeting. This is an easy one. Really, really, really easy. But I’m still in my coaching calls with clients, I find that so often, a salesperson will tell me Oh, yeah, well, I presented my proposal. And then it kind of just fell apart. And I always ask, well, did you set the next meeting during that proposal meeting or during that presentation meeting? And so often they say, Oh, no, I didn’t, I just figured that I would call them in a week or so here’s the thing when you leave unclear next steps available to a prospect, things fall apart, always set the next meeting during your current meeting, whether you are in an early discovery meeting, set that meeting for that presentation meeting. And if you’re in that presentation meeting, you don’t necessarily have to meet again. But it could mean that you’re going to have a scheduled phone call schedule, every next step, it’s going to lead to far more closed set.

Number 11, I actually don’t have enough finger. So number 11, asked for introductions at the point of sale. This is a really, really simple step that very few salespeople actually implement. When you close a sale, a customer, this is a new customer, and they’re excited about you. This is a time when they’re actually going to be very inclined to want to introduce you to other people like themselves who you might be able to help. So when you close the sale, be sure to ask them for introductions and referrals at the point of closing the sale. So as soon as that sale is closed, it’s time to ask for those introductions. Now, they may not introduce you right away. But you are then going to plant the seed for them to start thinking about who could they introduce you to. And what you’ll find is that actually a lot of your customers, your new customers are going to want to introduce you to others just like themselves, because they’ve just made this exciting decision to work with you. That is a beautiful time to set up asking for introductions.